The first major of the golf season is fast approaching and the story lines are already taking shape. The build up to the 2018 Masters has us asking questions such as “Tiger, can’t really come back and top the leaderboard again can he?”, “Will Sergio Garcia flourish after breaking his major duck?” and “Does anyone play Augusta quite like Phil Mickelson?”.

Throw in the fast improving (relative) youngsters of Justin Thomas, Jon Rahm and Tommy Fleetwood and the Top 10 mainstays of Jordan Spieth and Dustin Johnson, and we’re in for a cracker.

Deciphering the conundrum that is guessing the winner is a tough one. But golf is a ultimately a numbers game. And with numbers come stats, lots of them. We’ve picked out seven of (hopefully) the most useful titbits to aid your Masters predictions.

Back-to-back Masters wins are hard to come by

Sergio Garcia was ending a long wait for his first Major success 12 months ago. The Spaniard had lined up in 77 of golf’s biggest tournaments, including 22 Top 10 finishes, before landing the Green Jacket in 2017.

His play-off win over Justin Rose has been the start of a relatively unsuccessful spell since. Just one tournament win, that being the Andalucia Masters, coincidentally ‘presented by the Sergio Garcia Foundation’, have followed his triumph in Georgia.

A 4th-placed finish in the Valspar Championships in March will certainly put him on the right track, but he looks to have it all to do to retain his crown. 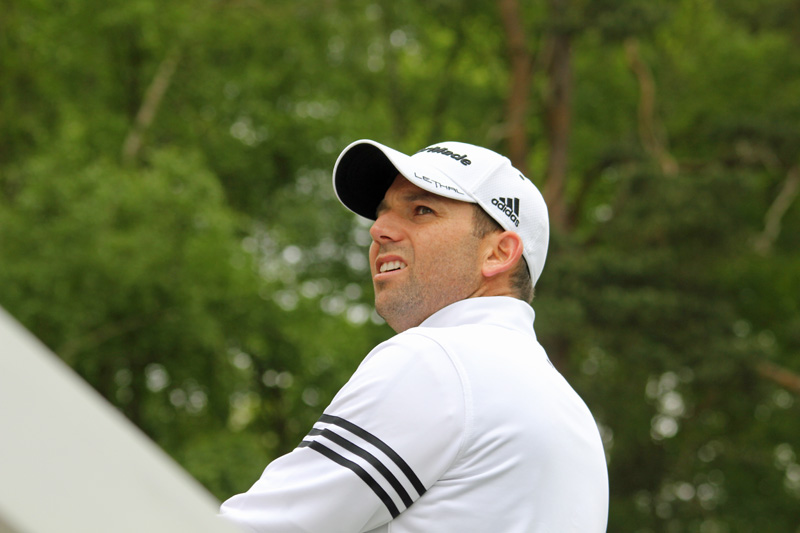 ‘Lefty’ has finished in the Top 10 on 15 occasions

Three triumphs between 2004 and 2010 show that Phil Mickelson knows his way around the Masters course. His record of 15 Top 10 finishes from 25 appearances is second to none of his modern era competitors.

Add number 16 to that record and the California native will sit behind only Jack Nicklaus (22) and Ben Hogan (17) when it comes to finishing in the frame at Augusta.

Victory in the Mexico Championships will stand the 47-year-old in good stead. Mickelson’s form had dipped slightly in recent years with his victory in Naucalpan his first tour triumph since landing The Open back in 2013. And if anywhere is going to see him maintain that winning feeling, it’s here. 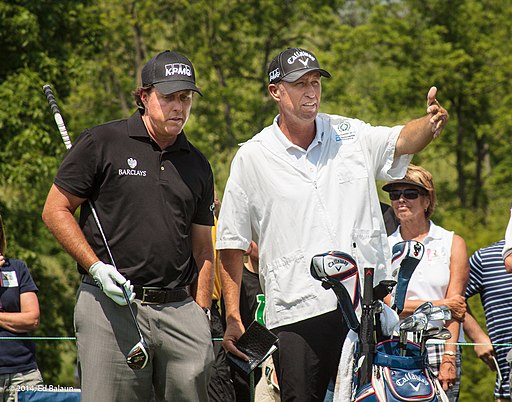 Few tournaments throw up repeat winners and Top 10 finishes like the Masters. The unique test that Augusta presents golfers has proved difficult to crack on their first attempt.

Since Zoeller’s win on his maiden visit nearly four decades ago, no golfer has won without at least making the cut at a previous Masters tournament. The majority of those near the head of the betting market already tick this box, however there are a couple of exceptions.

The most notable of these is England’s Tommy Fleetwood. The Southport golfer comes into the tournament in fine fettle, with a win in Abu Dhabi sandwiched between Top 10 finishes in Dubai and Hong Kong already this year. However, with his only Masters performance seeing him miss the cut, will his lack of course experience count against him?

Don’t underestimate the importance of a good start

You would expect that over the space of four days golfers would be able to easily make up for a slow start. But at Augusta that is simply not the case.

Every single one of the last 12 Masters winners ended Thursday’s session in the Top 10.  Last year’s victor Garcia continued his good record of a solid showing on day one, sitting tied for fourth place prior to sealing victory. That one-under par round meant he had been in the top six after round one in four of the last five Masters Tournaments – an encouraging record if he is to follow up in 2018.

An over-par Sunday can ruin a weekend

When South African Trevor Immelman shot a three-over 75 on the final day of the 2008 Masters, ordinarily his chance to win would have been gone. However, with blustery conditions proved tricky for the chasing pack too, and he clung on to a two-shot victory.

Since that renewal, only Jordan Spieth and Peter Hanson have failed to at least make par on their final round and still finish in the top three when play was complete.

That could spell bad news for Jon Rahm, who is a dark horse for many many tipsters this year. The Spaniard’s fourth round form this season has left a lot to be desired, his average of score of 72 a major drop off from his third round average of 69.29. 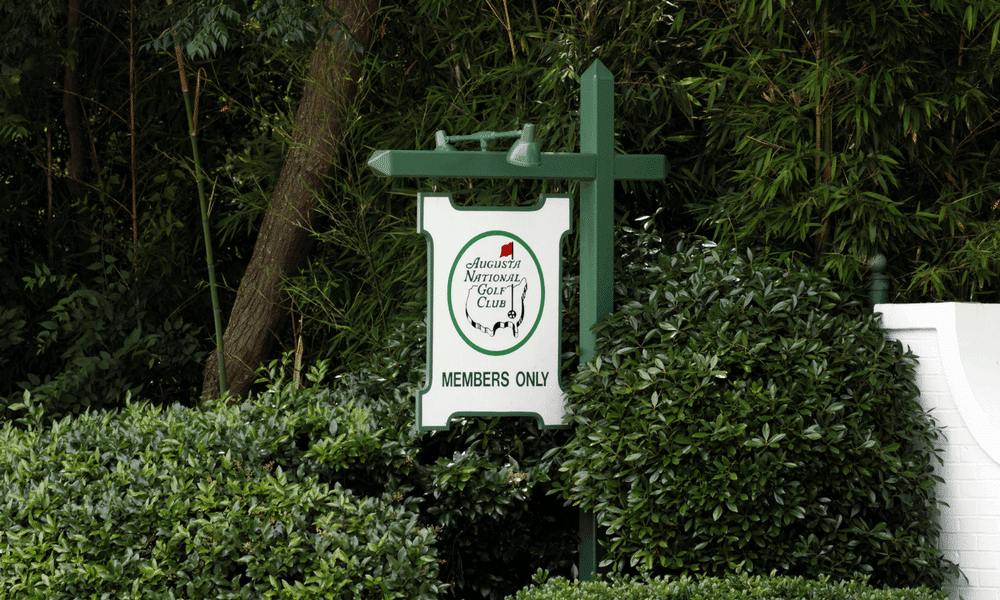 Is the tide turning for the Brits?

Danny Willett’s triumph in 2016 meant a third British name was added to the Masters roll of honour. Prior to the 30-year-old’s win, only Nick Faldo and Sandy Lyle had brought the green jacket back to these shores.

However, the tide could be turning for the British contingent. When Justin Rose was beaten in a play-off 12 months ago, he made it three straight runners-up finishes for English golfers.

Rory McIlroy is deemed by the bookmakers to be the Brit most likely to go one better this time around. And with a Top 10 finish in each of the last four renewals he looks sure to go well again. It could however, come down to how his much maligned putting holds up on the tricky Augusta greens. 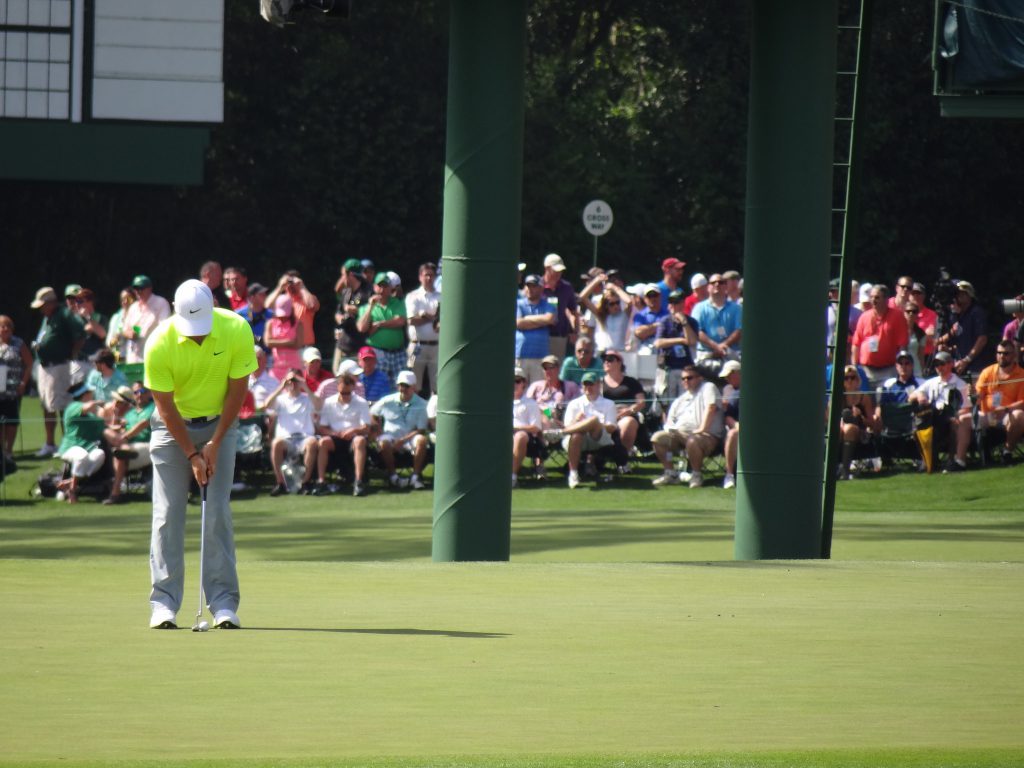 Sergio Garcia and Danny Willett both completed a Dubai Desert Classic-Masters double in 2017 and 2018, while Jordan Spieth and Bubba Watson had tasted victory on home soil prior to landing the Masters in the same year.

It appears that having that winning feeling coming into the season’s opening major is key to subsequent success. The likes of Dustin Johnson, Justin Thomas and Jason Day sit near the top of the bookmakers’ markets having landed a prize so far in 2018, while the last three Masters champs are yet to do so.

Masters maverick Phil Mickelson was the last man to win at Augusta without so much as a Top 10 finish to his name that year when winning first time up in 2010. The likes of Justin Rose and a returning Tiger Woods will need to get their skates on if they are to follow the trends going into the tournament. 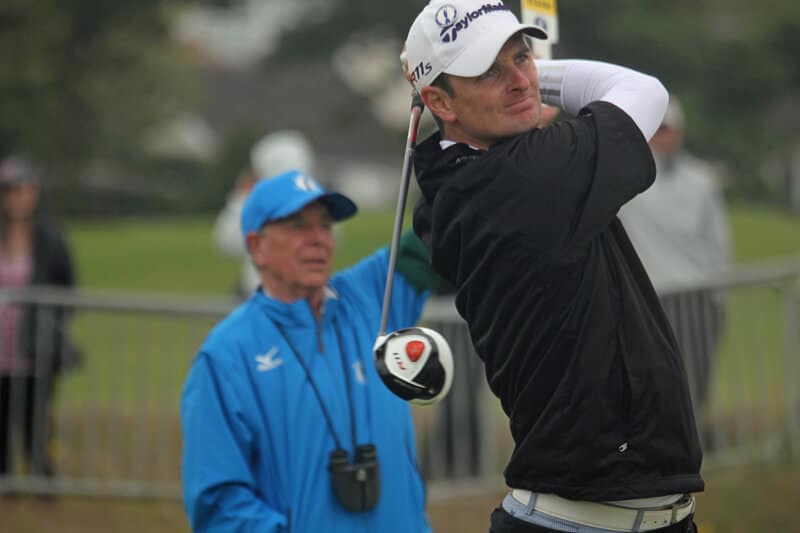 The action at Augusta begins on Wednesday 4th April with the traditional Par 3 Tournament before the Masters Tournament proper tees off the following day. With this so many golfers battling out for a seat at golf’s top table it’s sure to be captivating viewing.

If you can’t wait to get out on course yourself, remember that things may not go as smoothly as it does for the pros. SportsCover Direct’s Golf Insurance can cover you for damaged clubs, as well as personal liability and accident claims when your round doesn’t go to plan. Get a quote today and tee off with cover from as little as £19.99 a year.