For many cycling enthusiasts conquering an ascent, whether it’s a local hill or an Alpine climb featured on the Tour de France, is the epitome of cycling. The winners of Grand Tours are often decided in the mountain stages and the title of King or Queen of the Mountains evokes the idea of an existential battle against the gradient to vanquish the mountain!

Cyclists seem to be drawn to climbs and what better climbs to conquer than the three the highest paved roads in Europe. If you reach the top of these three you can definitely call yourself a Queen or King of the Mountains!

The highest paved road in Europe isn’t in the Alps as you might imagine but in fact in the Sierra Nevada mountains in Andalusia, Spain. At 3394m the Pico de Veleta on the outskirts of Granada takes the title. 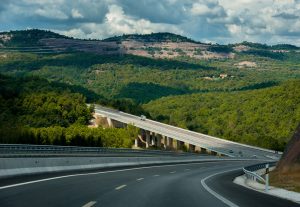 To get to the summit you will have to climb about 43 miles at an average gradient of 6.2% and with a total ascent of about 2,700m, this makes it twice the ascent of the Pyrenean giant the Tourmalet!

The climb can be accessed from the outskirts of the city of Granada – follow the sign posts for Sierra Nevada.

The gentle first few kilometres will lull you into a false sense of security – the lower slopes of the climb are shaded from the heat by pine forests and there is a short descent at 10km but then it gets serious.

A series of switchbacks, offering spectacular views lead to a military base at Hoya de la Mora at 2,500m, which signals the end of the road for motor vehicles but cyclists can continue the final 10km to the peak. This is where it gets really tough as the gradient in this last stretch doesn’t dip below 6%, averaging at 8.5%. The oxygen level is reduced and as it isn’t open to traffic the road surface isn’t great with gravel and potholes.

Furthermore, in contrast to the pine trees at the start, the landscape in the final 10km is barren and there isn’t any shelter from the sun or the wind. The asphalt ends at about 3300m and anyone that reaches this can definitely call themselves either a King or Queen of the Mountains! The best time to attempt this climb is late spring or early autumn as the heat is debilitating in the summer and snow can still be found past the military base until April. 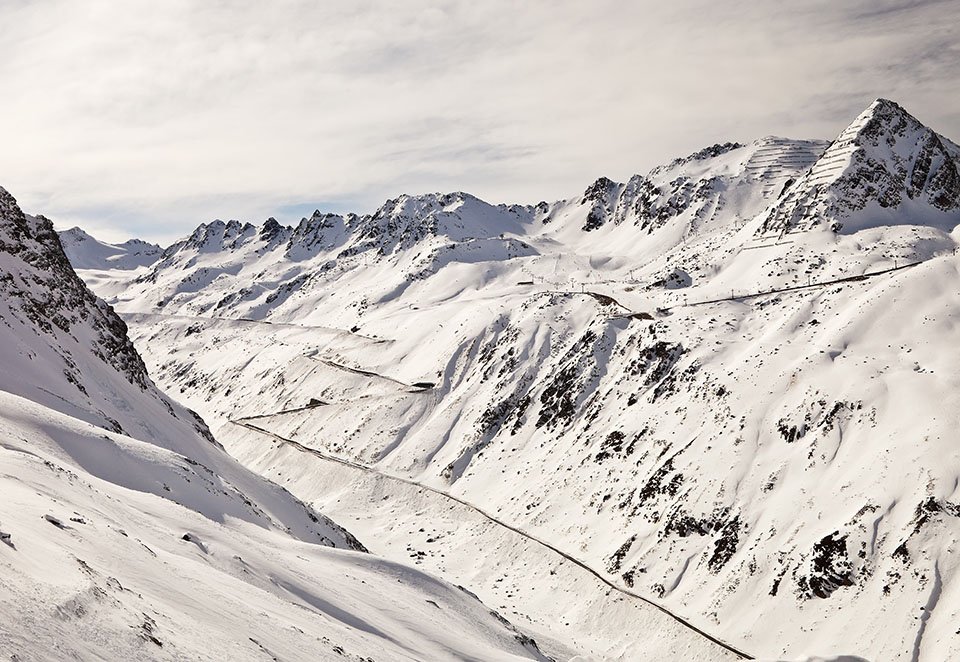 Europe’s second highest road summit is the Ötztal Glacier Road in Austria and at 2830m it is also the highest in the Alps. At 15km to the top it is much shorter than the Pico de Veleta but with an average gradient of 10.5% it’s still tough! The road climbs up the Rettenbach Valley from Sölden in the Austrian Tyrol and is easy to find – just turn right after leaving Sölden and follow signs to the Tiefenbachgletscher and Rettenbachgletscher.

You can count down the kilometres as each turn is signposted with the remaining distance, which depending on how far up you are is either encouraging or daunting! Cyclists are immediately met with a challenging gradient of 13% but after 5km it gets a little easier as you approach a toll gate (no charge for cyclists) but it then rises back to an average of 10% until the Rettenbach Glacier at 2670m.

You could stop here but to reach the absolute highest point you will need to continue through a 2km tunnel to the Tiefenbach Glacier and into the car park to reach a height of 2822m. The tunnel is Europe’s highest road tunnel so you can add cycling through this to your achievements plus the road was used in a scene in James Bond movie, Spectre, so you will also be peddling in a film location!

With the prominence of the Tour de France you could be mistaken for thinking that the highest road in Europe is in France but despite claiming to be the ‘Plus haute route d’Europe’ on a signpost at the bottom, the highest French road summit of the Cime de la Bonette, at 2802m, is in fact only the third highest in Europe! Cime is French for summit and this one is located in the Provence-Alpes-Cote d’Azur and is part of the French Alps. It has featured on the Tour de France but more recently was a climb on this year’s Giro d’Italia. 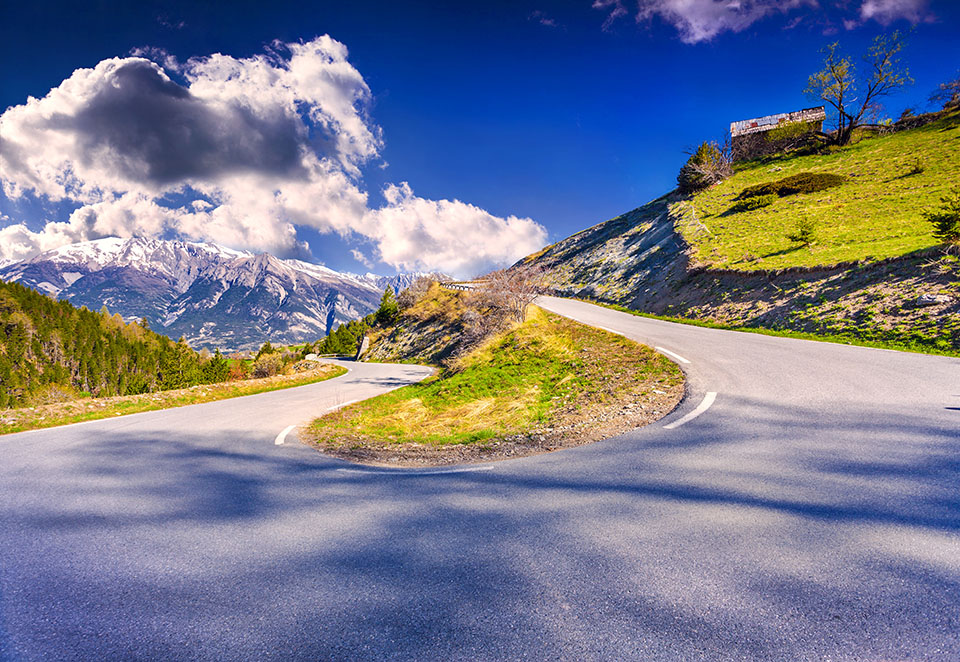 The 24km ascent from Jausiers up the northern slopes will take you to Col de la Bonnette and the gradient isn’t too severe at an average of 6.6% and maximum of 9%. It’s a well paved climb with plenty of switchbacks, allowing sweeping views and cyclists are often rewarded with the sight of marmots.

At about 19km you will pass an old military base, the Caserne Restefond and from there it is 3km to the Col de la Bonette. However, this isn’t the highest point as the climb continues along a loop to the actual ‘Cime’. This loop is the hardest section of the climb and will really test already tired legs. The gradient is between 12-14% and the final 500m is about 15% but the view from the top is breath-taking (that is if you have any breath left!).

Hopefully your bike will have either compact or triple gears!
The Col pass is open from April to October but there can still be snow until late spring and the loop can be closed as late as mid-June.

These climbs are really testing so you should only try them after sufficient training. It can be cold at the top so take extra layers, especially for the descents. Refreshment outlets are limited so take plenty of food and fluids. When you consider that the highest paved road in the UK is the Great Dun Fell in the Pennines at 804m you get an idea of what a challenge cycling these roads will be!