Turkey’s frosty recent trade relationship with the USA, and subsequent tariffs imposed by Donald Trump’s presidency have hit the Turkish Lira hard. The value of the currency has fallen over 25% against the Dollar in the past month, leaving it reeling.

While the weakness of the Lira is bad for Turkey, it does mean that British holidaymakers heading to the nation can get more bang for their buck.

Brits can now get 7.84 Lira for every Pound they exchange, compared to the relatively paltry 4.57 available 12 months ago, an increase of 72% in a year.

However, it’s not just travellers heading to Turkey who can exchange their Sterling for more of their local currency of choice than they could in 2017. An approaching Brexit may mean there is uncertainty around the Pound, but it’s not all doom and gloom. We’ve picked out five great destinations where the pound has grown in value in the last 12 months.

The weakness of the Turkish Lira has had a knock-on effect to other nations in the region. This is perhaps best seen in Hungary, where the Forint still appears to be on shaky ground amongst other Central European economies.

With a little extra spending money in their pockets, Brits can further appreciate what the country has to offer. The obvious starting place is capital and ‘Pearl of the Danube’, Budapest. A spectacular parliament building, imposing Buda Castle and a plethora of quirky ruin bars make the city a great place for a short break. 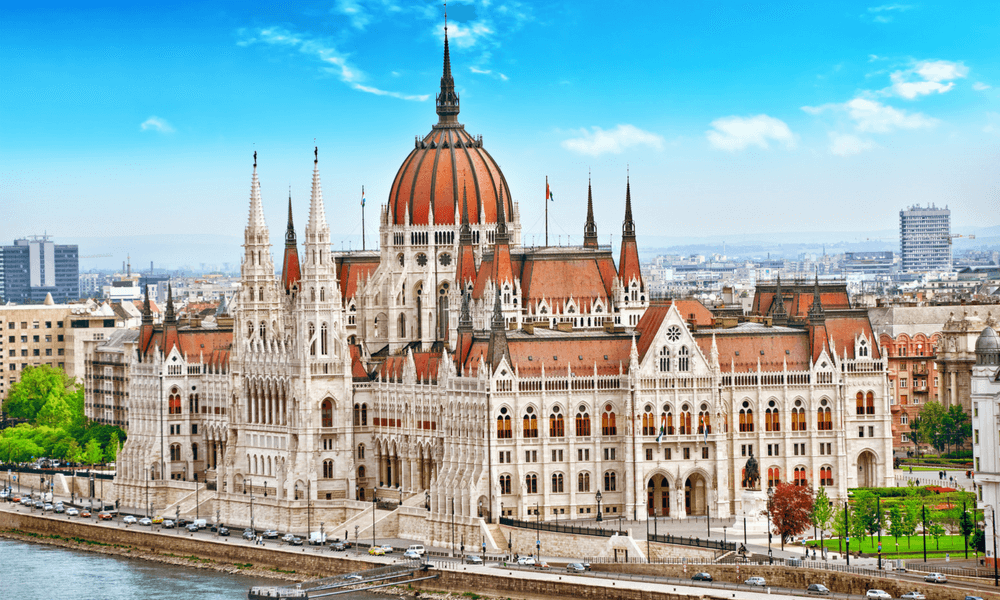 Away from the big city, Hungary has a lot to offer. The Great Hungarian Plains to the south, as well as the far north-east of the country unveil rolling countryside, perfect for exploring on foot, or better still, on horseback. The Carpathian Basin offers miles and miles of unspoilt landscape with the imposing foothills of the aforementioned mountains providing a spectacular backdrop for any ride. 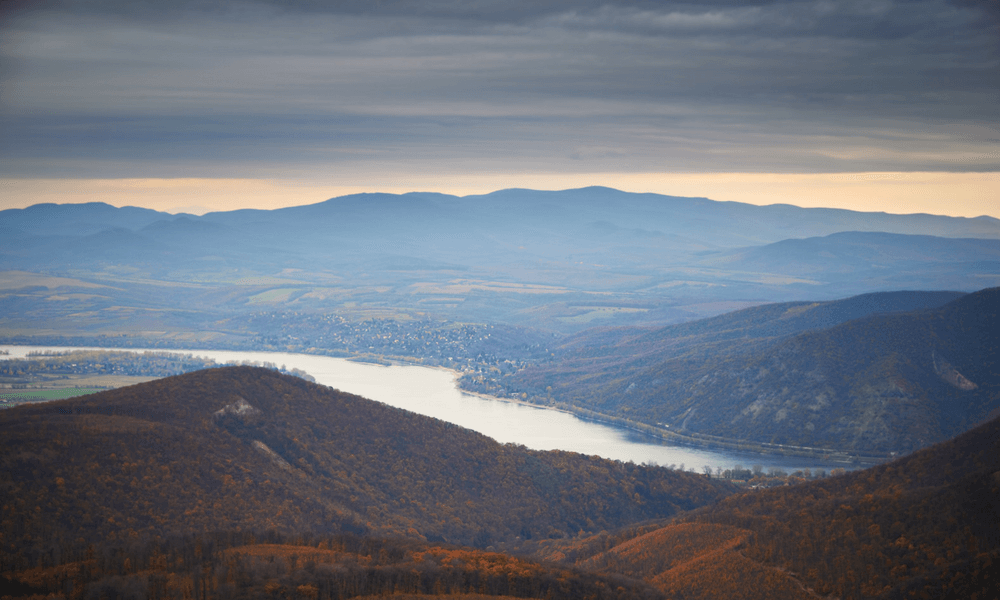 For the less adventurous, there is nothing wrong with staying put in the capital. Winter in Budapest may be chilly, but with Christmas markets, hot goulash soup and a friendly welcome, you’ll soon forget you can’t feel your toes!

Another European currency that has struggled in the past 12 months is the Swedish Krona. The currency actually hit it’s lowest level in three years in April 2018 when £1 would have got you a very healthy 12.08 Krona.

So what can that extra spending money do for you in the largest of the Scandinavian nations? While the cities of Malmo, Gothenburg and capital Stockholm each have their own appeal, to experience all Sweden has to offer you need to aim a bit more rural.

The season will dictate the outdoor activity of choice, with cold winters meaning skiing and skating – primarily around the ranges close to the Norwegian border in the northernmost part of the country – are worth exploring. 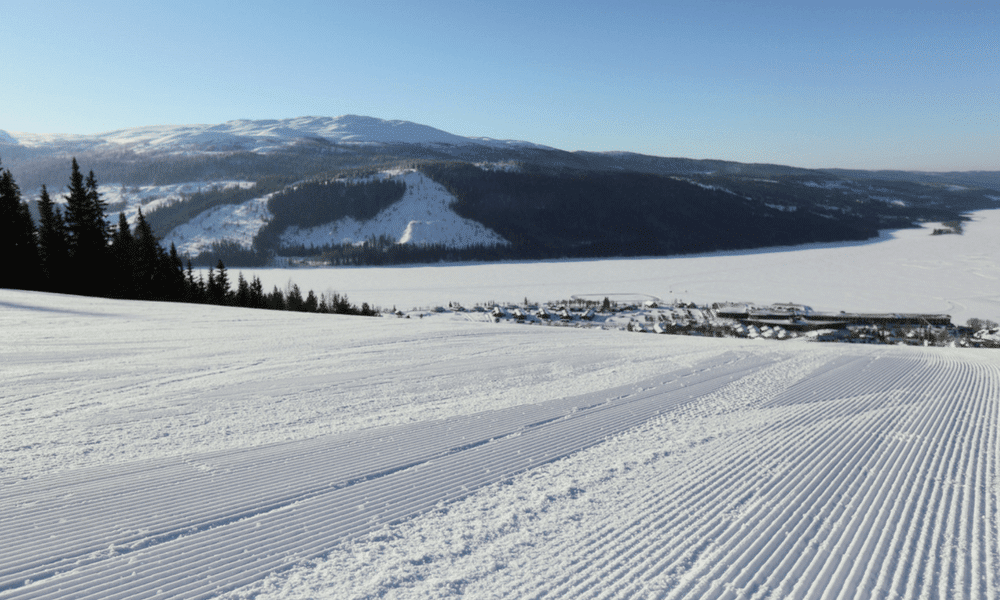 In the warmer months, another escapade that is worth experiencing is the challenge that is the 430km Kungsleden hiking trail. Starting in the town of Abisko (reachable on a night train from Stockholm), the route winds it’s way through the Norrland region of the country, passing old farming villages, Sweden’s highest peak and through the Sarek National Park. The whole trail would take around a month to complete, so tackling one of the four defined sections is enough for most people. 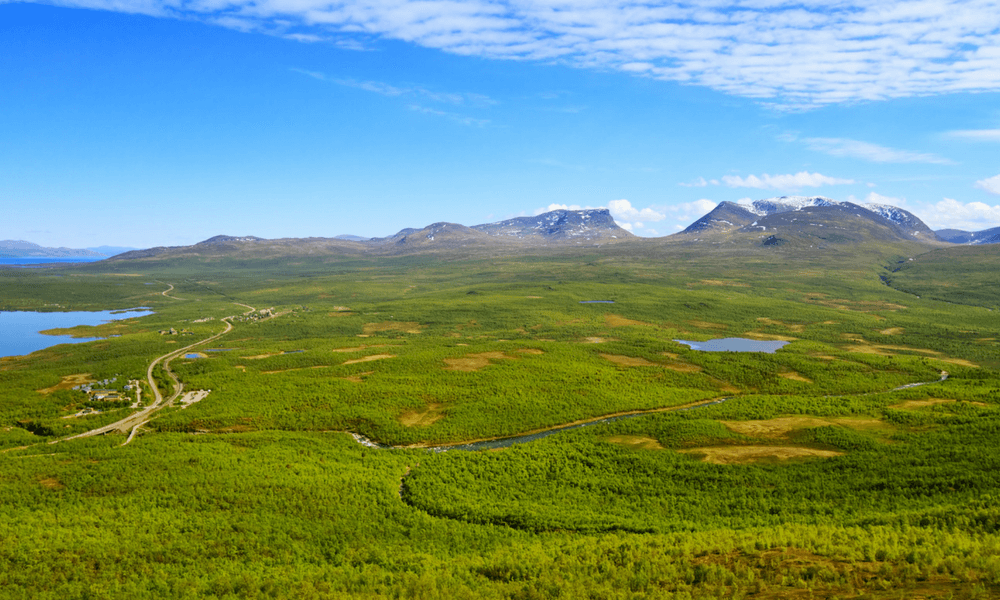 It now gets you: 3.52 Tunisian Dinars

Since the 2015 terror attack on a beach in the resort of Sousse, Tunisia’s tourism industry has suffered. The FCDO lifted restrictions against visiting the country in 2017 and a steady stream of British visitors has slowly started to return. However the Tunisian Dinar is still weak, and the return to a bustling tourist hot-spot has yet to fully materialise. 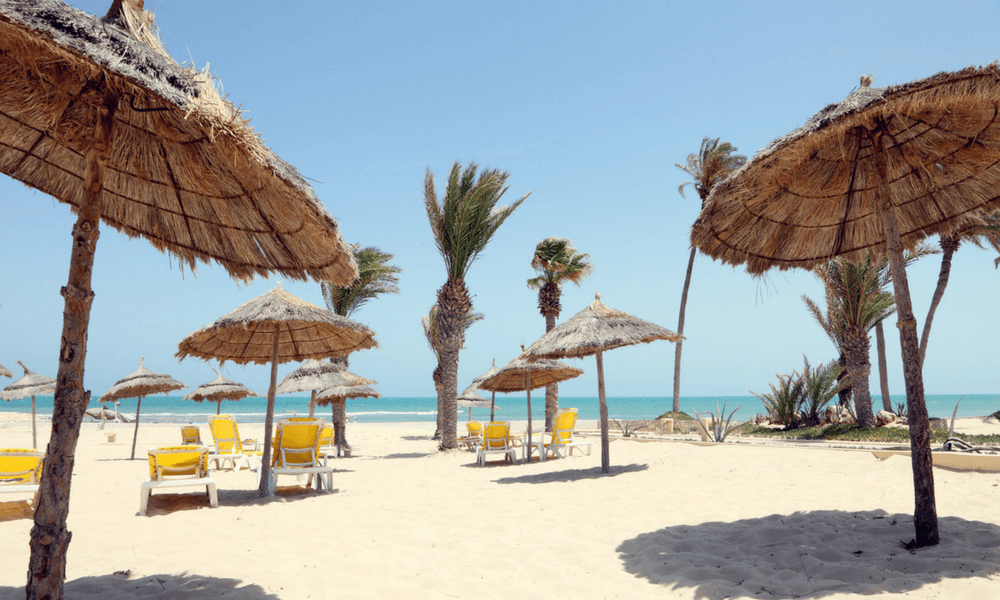 It appears as if there could be yet more joy for those swapping their Sterling for Dinar in the coming months too. Bjorn Rother of the International Monetary Fund said recently: “If you want to attract investment and if you want to develop your exports you need to be competitive in the world economy. And the easiest way to achieve that is to rely on a competitive real exchange rate.” Could a further devaluation of the Dinar be in store?

As well hundreds of miles of stunning coastline, the north African country isn’t just for those who want to relax on the beach. Culture vultures can gaze at the grandeur of the El Jem Amphitheatre, one of the best preserved Roman arenas of it’s kind in the world. Sporty types could head out to the mountain range near to the town of Zaghouan. Here they will find Tunisia’s top rock faces for climbers to conquer. All of this just an hour-and-a-half from the bustling capital of Tunis. 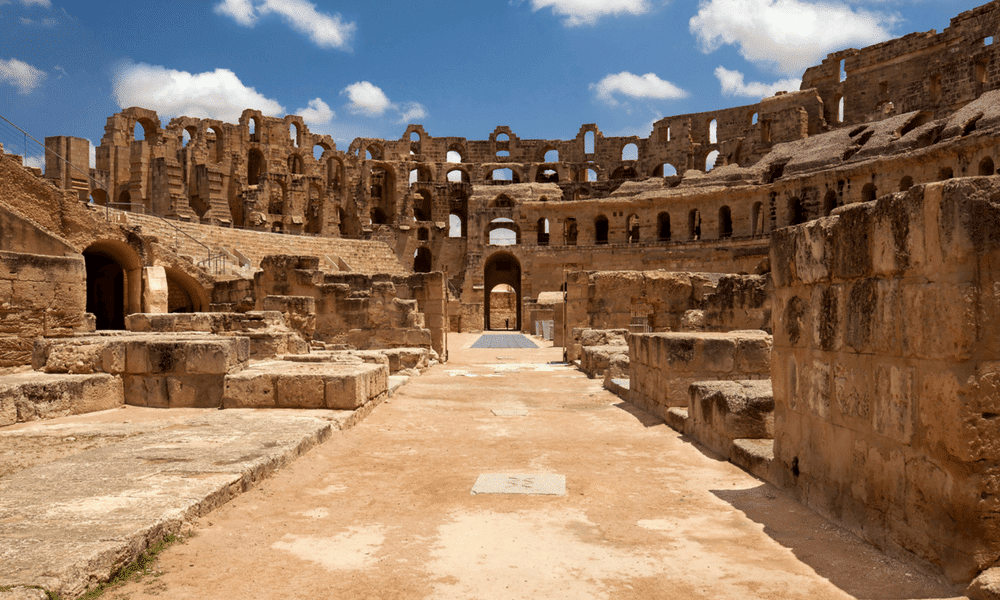 You don’t have to stay within a few hours of the UK to get a better exchange rate, as the New Zealand Dollar has been showing signs of distress recently.

It may be one of, if not the, furthest countries away from Britain on earth, but travellers who make the 24 hour-plus journey are more than rewarded. From the rolling hills and mountain ranges of the Tongariro National Park on North Island, to the awe-inspiring fjords and glaciers on South Island, New Zealand is an outdoors enthusiasts dream. 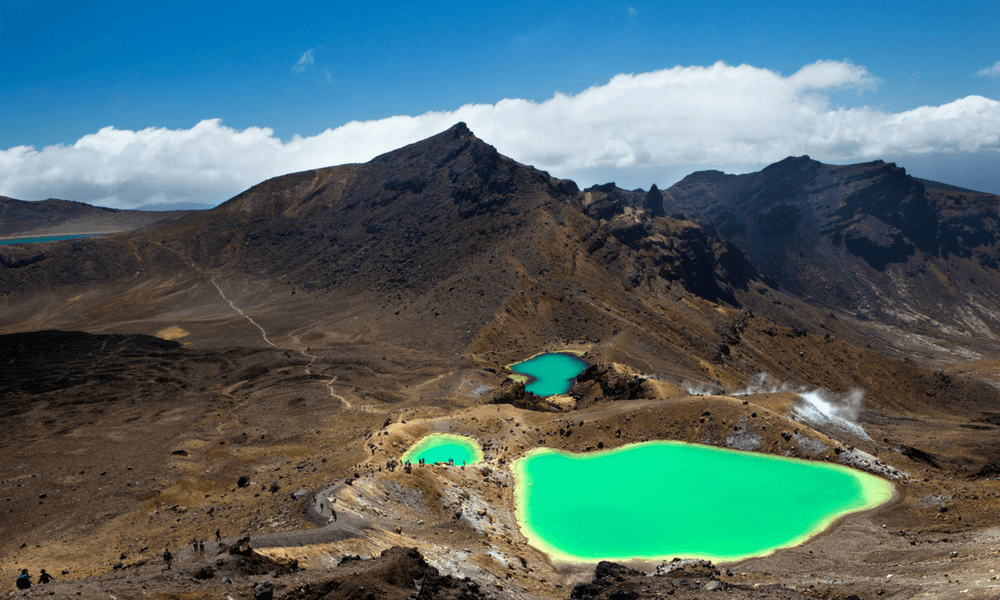 As well as plenty of differing terrains to transverse, there’s also options for some adventure sports. Queenstown on the South Island is the birthplace of both the bungee jump and commercial jet boating, so well worth getting your adrenaline pumping in the shadows of the Southern Alps. 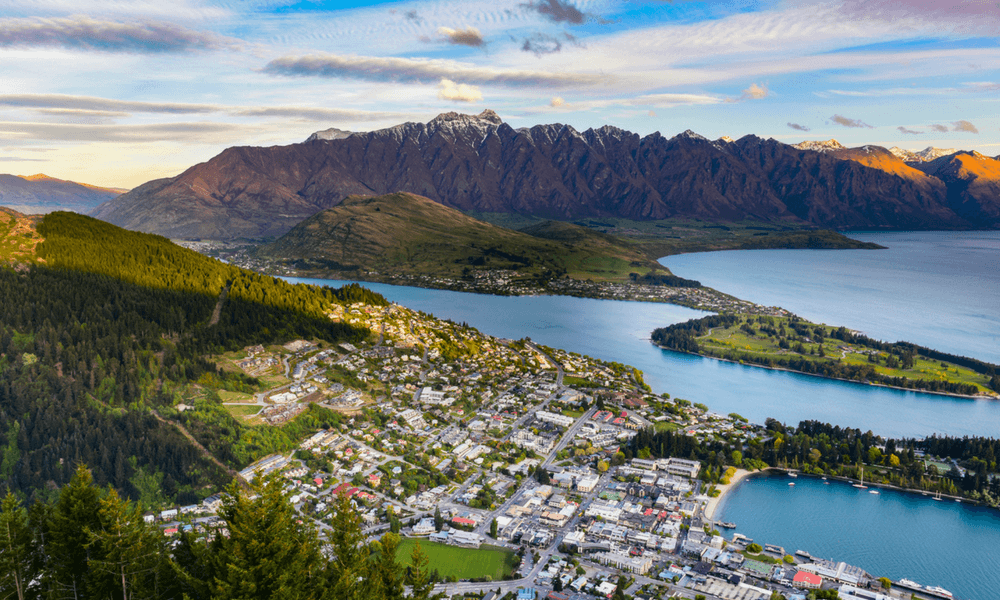 One of the only a few countries in the world where the Pound has grown so strong in the past year, a visit to Argentina could be on the cards sooner rather than later for intrepid travellers.

In June of this year the Peso reached an all-time low, and although the market has recovered slightly, it’s still a great time to swap your Pounds for the Argentine currency.

Not generally a go-to tourist destination, Argentina gives visitors the best of both worlds. The livewire nature of capital Buenos Aires is great for an urban adventure, exploring the city streets and maybe taking in a football match at the home of one of 15 top-flight sides in the city. 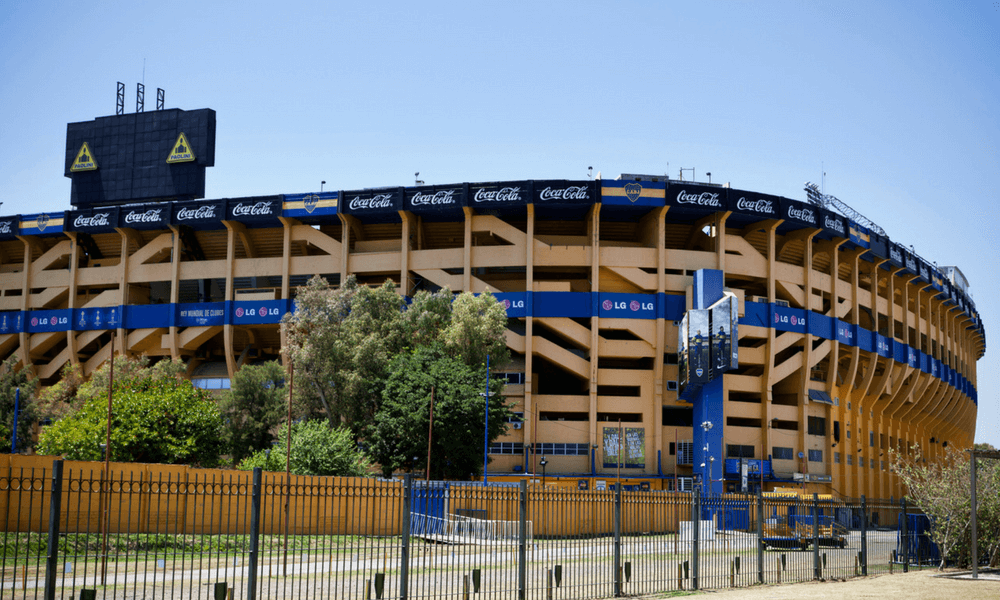 Outside of Buenos Aires, a large number of visitors will head to Patagonia, where you could go trekking on foot or horse as well as visiting the Pento Moreno Glacier. Others could head to the far north-east of the country to the lakes of the Nahue Huapi National Park to enjoy the thrills of a rafting excursion.

Others though, may just want to kick back in the town of San Juan. And with you getting 70% more Pesos at the Bureau de Change than you were a year ago, another glass of red might be on the agenda in the country’s wine producing hot-spot. 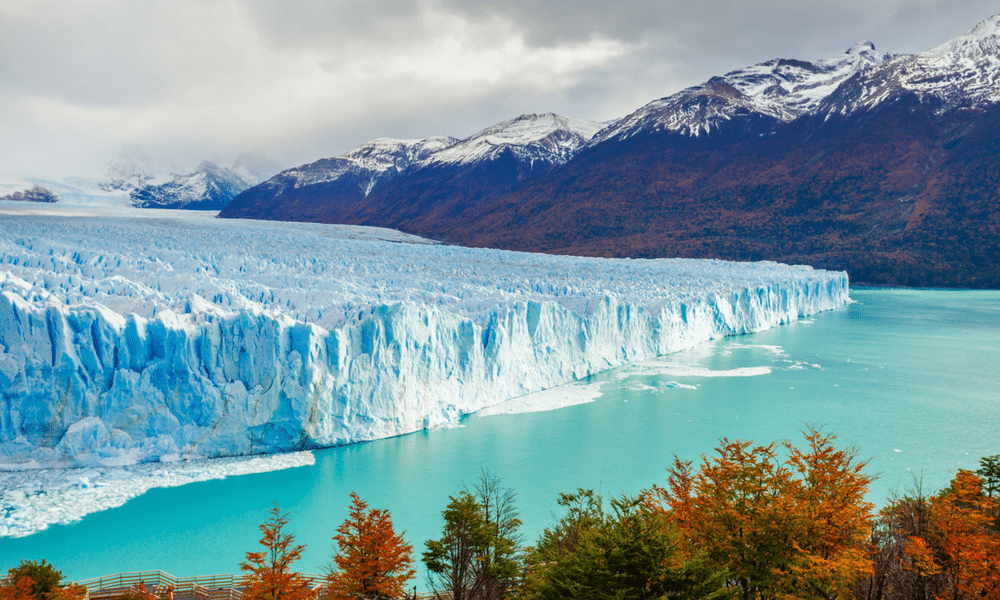 Whichever destination you choose for your next holiday, make sure you are fully covered for all the activities you enjoy. Get a quote for your Sports Travel Insurance today using our quick quote widget below.