At the start of a new year many people will make it their target to try a new sport. Sports like football and cycling might be among the most popular out there, but there are countless other options to explore.

Over the coming months SportsCover Direct will introduce a number of more obscure activities that you can try out.

First up is tamburello. With similarities to tennis, tamburello puts two teams made up of three to five players against one another on a court. Unlike tennis, there is no net involved, and instead of rackets, players use tambourines, or bats.

Jason Littlefield is the captain of the Oxford and England tamburello teams, and has taken his team to Europe on numerous occasions to represent not only the city of Oxford, but the nation as a whole. 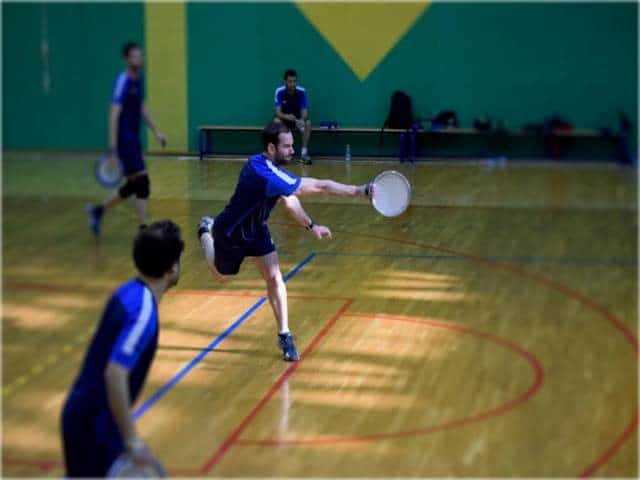 Participation numbers for tamburello are undoubtedly low compared to lots of other sports. However, it was the lure of trying something a little different was what got Jason into the sport in the first place.

“It all started for me when I was at university studying Sports Science. As I was settling in and making new friends I bumped into a course-mate and we got chatting about the sport that he played (tamburello),” Jason told us. “I was sold on the idea of something completely new to try so we both set up a sports club at the university and within the first academic year we had 50+ paid members to our club and were sending teams to tournaments abroad.”

So what is it that makes tamburello stand out among the plethora of other sports on offer?

“It’s a combination of playing as part of a small team (3-5, which is not common in other sports), the speed at which one can hit the ball and the diving to save points,” according to Jason.

“People should play tamburello over other sports if they either don’t mind or would actually enjoy playing something truly different. If they like getting ‘hooked’ on sports then there is a certain ‘bug’ that people tend to get after trying it out.”

“There are plenty of other sports, granted, but there is no other tamburello. Tennis, as an example, many people find very difficult to play. It’s very technique-driven and can take a long time for new players to get started. I’m not saying it’s impossible to take up but I have seen my share of frustrated players in the past. I have played plenty of tennis too and I also recognise it’s place in British culture. However I am one of those ‘push the boundaries’ types and tamburello is the sport for me.” 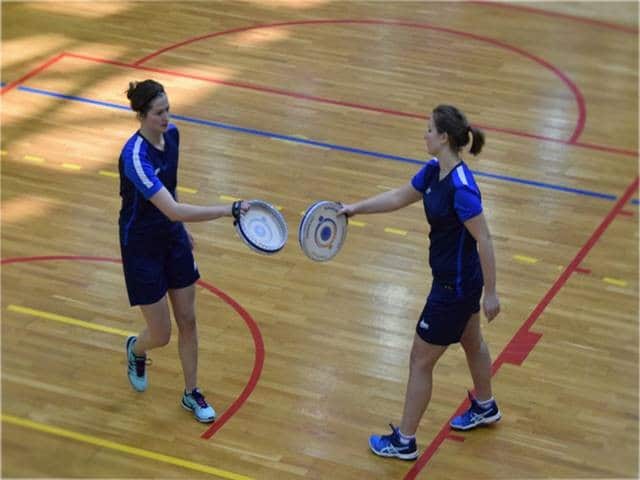 Jason lists agility, hand-eye co-ordination, power and speed as some of the main attributes players need to succeed in tamburello.

All of the above have seen him go on to lead his country as well as his club. However, with Oxford the stand-out team on these shores, he does often find himself having “to remind the players which team they are representing as we all like to think it’s always England.”

The Oxford Mens and Ladies teams don’t have long before they are taking on international opposition again. They are already registered for the February’s European Championships held in Madrid. For Jason, improving the finishing positions at these competitions is his ultimate personal game as both Oxford and England skipper.

“Both teams consistently perform in the mid-table region at tournaments. Ultimately my aim is to help move these teams up the standings. We could then start giving the likes of Germany, Italy and France something to think about,” he said.

On a wider note, it is the increased participation of tamburello that is the bigger aim.

“I’d like to see the numbers of people who play regularly increasing, especially the younger generation who can take the sport into the future. That would be my number one priority. As a result of more people playing I’d like to see the competition increasing too (more national tournaments, maybe even a Scotland vs England Cup).” 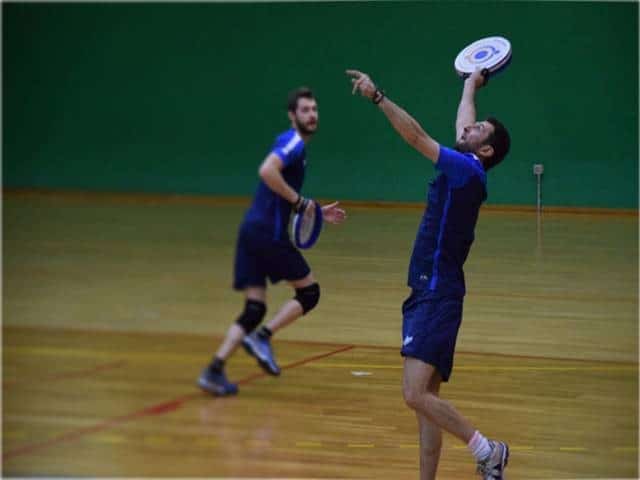 Trying it out for yourself

So where can you try your hand at Tamburello? We put the question to the man who knows best:

“There’s few clubs popping up in the UK and Oxford has the highest number of people playing,” says Jason.

“If anybody is close by then this is an opportunity to try it out, by coming along to our regular open session every Tuesday night from 20:00. Otherwise, contact us@tamsports.co.uk and we can talk about arranging a taster session nearer to you.”

As well as getting in touch with Jason make sure you also follow @TamSportUK on Twitter. Keep your eyes peeled on our blog to find out how the Oxford teams get on in Spain next month.

If you are considering joining Jason and co. on the tamburello court, make sure you have full Sports Accident Insurance. This will cover you for some medical costs and any liability claims you might face in the event of accident.