While many will settle for watching Chris Froome and co battle it out for the Yellow Jersey from home, nothing quite beats watching Le Tour de France in person.

With the Grand Depart less than a month away on July 7th, time is running out to plan a last minute trip across the channel to watch cycling’s biggest race.

A total of 21 stages cover over 3,351km, with no less than 39 towns and cities hosting a stage start or finish. And with that in mind, choosing your viewing spot can be tricky. The final procession through Paris will be popular, but we all know what the French capital has to offer.

The cheapest hotel rooms may have already been snapped up, but there are still beds to be filled. Here are our five best places to watch the Tour de France in the flesh:

The final stage up the Champs Elysee may be the big draw for casual cycling fans, but there’s no reason not to be there when it all begins in the Vendée. The Grand Départ takes place on the small island of Noirmoutier-en-Ile in the north-west of the country and the buzz and fanfare leading up to the big day are sure to provide an extra edge to this pretty little seaside destination.

The relatively flat landscape of the 20km long landmass mean that two-wheels is the normal mode of transport for many visitors outside of le Tour time. However with the pros in town, expect the island to go bike crazy for the first week of July. 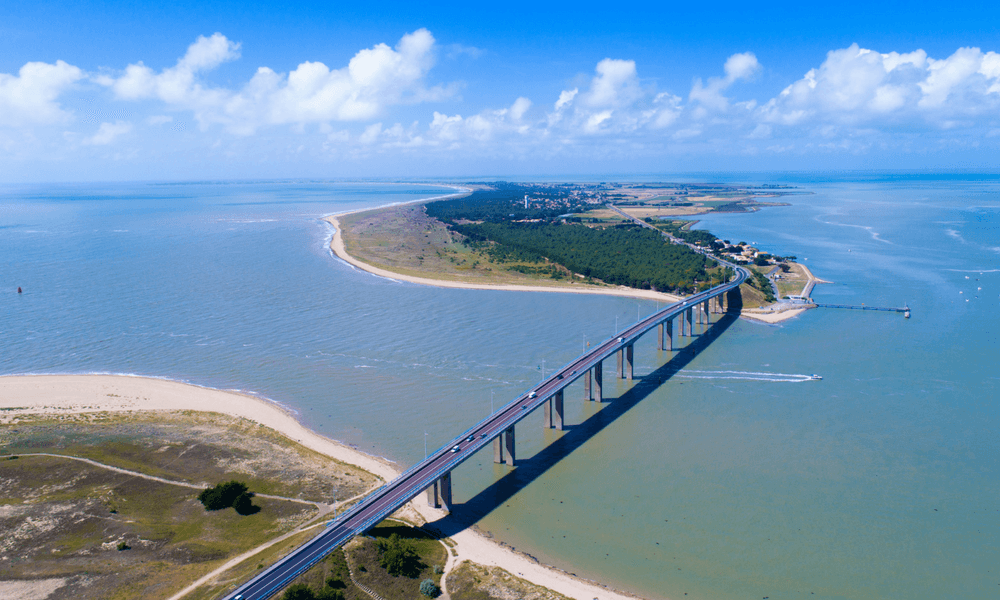 Away from the start of the big race, visitors can indulge in plenty of the local produce, the area especially renowned for it’s potato and samphire production. For culture-vultures the 12th century castle and adjoining museum are certainly worth a look.

The department of the Vendée was the scene of one of the stage finishes in the very first Tour de France back in 1903, so being present at the start of this year’s race really takes you back to it’s roots.

The famous cobbles return to provide another hellish 21.7km for the pros to tackle between Arras and Roubaix. Part of the route taken by Stage 9 of this year’s Tour will be familiar to those who are áu fait with the Paris-Roubaix Monument. Other sections, however, will be something new for both the pros and fans alike.

Movistar team boss Eusebio Unzue last year claimed that the páve was too dangerous to be included on the Tour and it has certainly seen its fair share of drama over the years, including Chris Froome’s nightmare spell in 2014 that eventually led to his retirement. 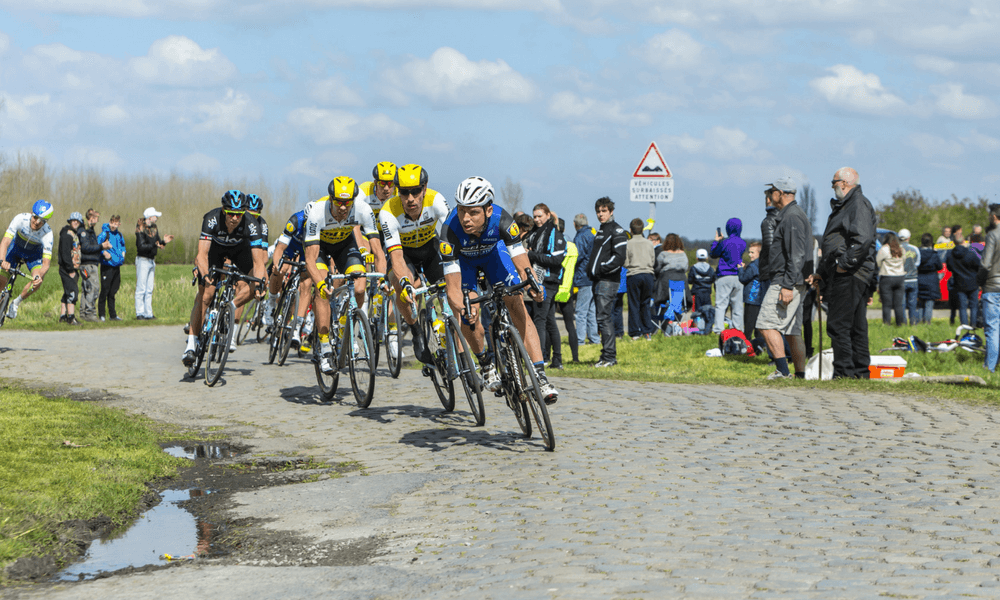 Race organisers have taken steps to stop riders avoiding the cobbles by riding on the side of the dirt road by placing barriers along the route. While no cycling fans will wish to see crashes, there is the strong possibility that you could see a race-defining moment even at this early stage.

The highest concentration of cobbled sectors lie on the route between the towns of Marchiennes and Templeuve. Find a spot alongside one of the country roads and wait for the pros to tackle what could be one of the most challenging parts of the whole tour.

‘The Venice of the Alps’ provides a perfect stopover, with a rest day precluding stage 10 which starts in the alpine city. The draw of the destination is clear, with the turquoise waters of the city’s eponymous lake shadowed by the snow-capped mountains and an equally delightful old city. 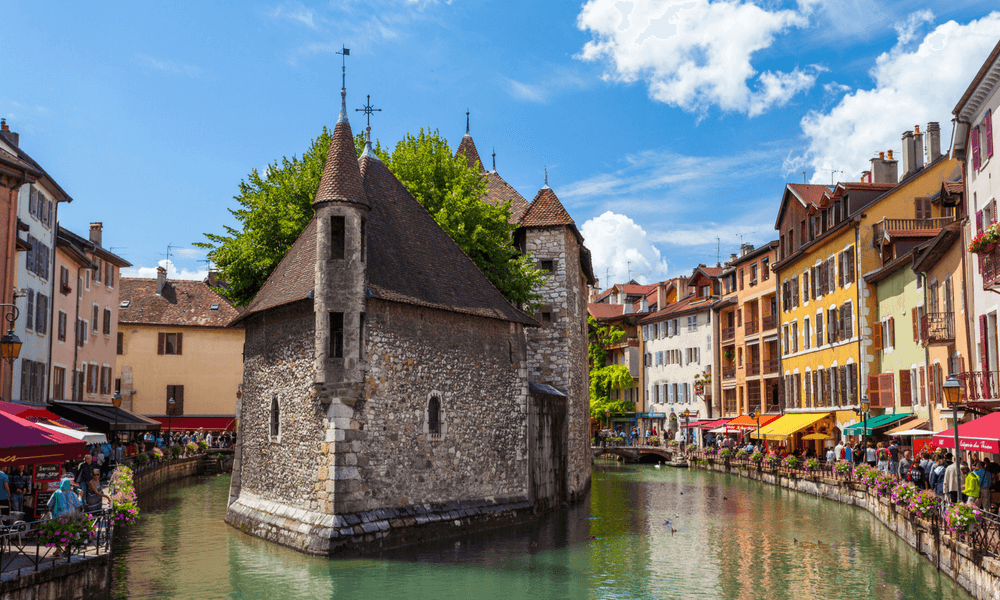 Host of the Individual Time Trial in 2009, Annecy has a new Tour de France claim to fame. Stage 10, which departs from the city will take in the Plateau des Gliéres, covering an 2km section of unpaved road. This will be the first time the peloton will have left the tarmac or cobbles (intentionally) in over 50 years.

Not only will the unpaved section place spectators in a rare group of those that have seen Le Tour take in an unpaved section, but the Stage could be a defining one for the battle for the Polkadot jersey. A 6km climb with an average gradient of 11% is sure to separate the men from the boys in the rush to be crowned King of The Mountains.

A subtle brag among that you’ve seen a Tour rarity, spectacular scenery and the chance to see the world’s best climbers do their thing makes Annecy a great place to base yourself during the race. 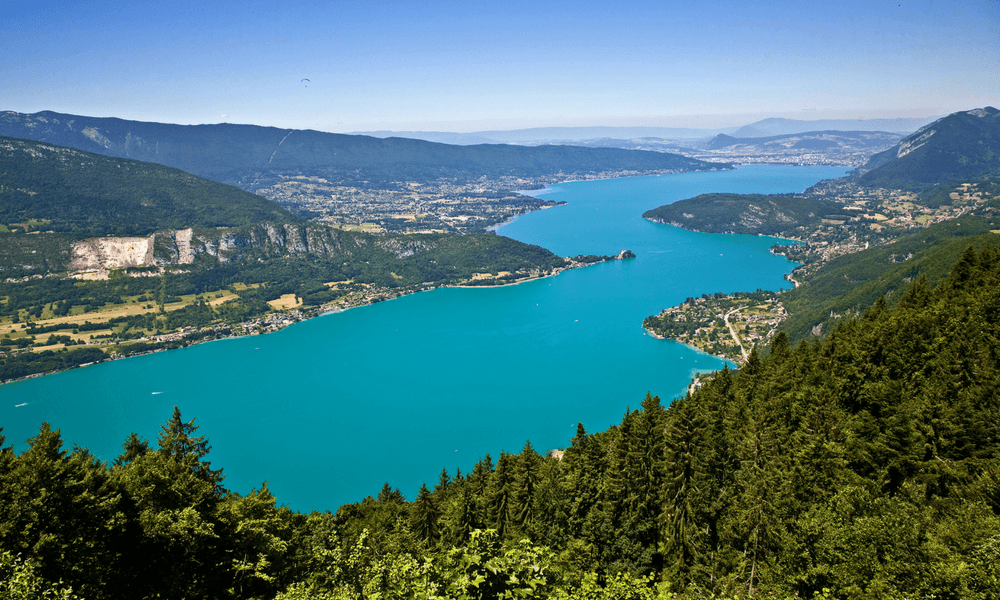 With a rest day sandwiched between stages that end and begin in the southern city, Carcassone is the ideal spot for a long weekend break away watching the big race. The World Heritage listed walled city stands proud atop a hilltop overlooking the unspoilt countryside, a striking backdrop to cycling’s biggest race.

For those that want to immerse themselves in the history of the city’s medieval fortress can enjoy twice weekly jousting displays if you time it right. If that’s not your thing, maybe a visit to the local ‘Torture Museum’ will be more up your street. 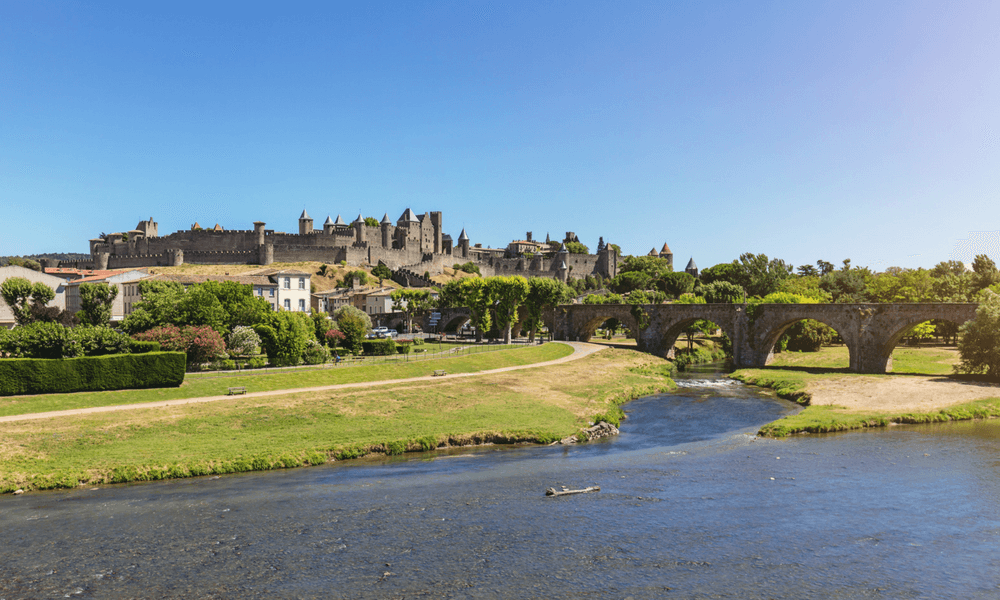 Get out of the town and you are never far away from a good glass of wine, the region is well-known for providing not only some high-class reds, such as Pinot Noir, but also produces a range of none-too-shabby Chardonnays.

On the cycling front, the action is likely to be extremely varied. Expect a bit of pace on the front end early on in Stage 16 with the departure from Carcassone fairly flat, before the climbs begin again and the peloton prepares to take in the second mountain range of the race, the Pyrenees.

Speaking of the Pyrenees, we think the mountains separating France and Spain provide some of the top spots to watch the Tour de France pass by. Specifically, the mountain section consumed by Stage 19 between Lourdes and Laruns ticks a lot of boxes for cycling enthusiasts.

The Haute Pyrenees region is a dreamland for those that like to spend their time on two wheels, both on and off-road. There are trails aplenty for mountain bikers to enjoy, while road cyclists can enjoy similar challenges to the pros with plenty of tricky climbs to try out.

For a day off the cycling before or after the pros have passed through, the region offers a plethora of hiking trails, while adrenaline junkies can try out the ‘mountain luge’, and nature lovers can visit the Pyrenees Animal Park to spot some of the local fauna.

With the tour nearing it’s close by this point, it could be that the final pushes for General Classification success and the Yellow Jersey are played out before your eyes. Nevertheless, with the scenery on display, regardless of whether the race still hangs in the balance, the town of Argeles-Gazost is certainly somewhere to consider if you’re heading to France to watch the race. 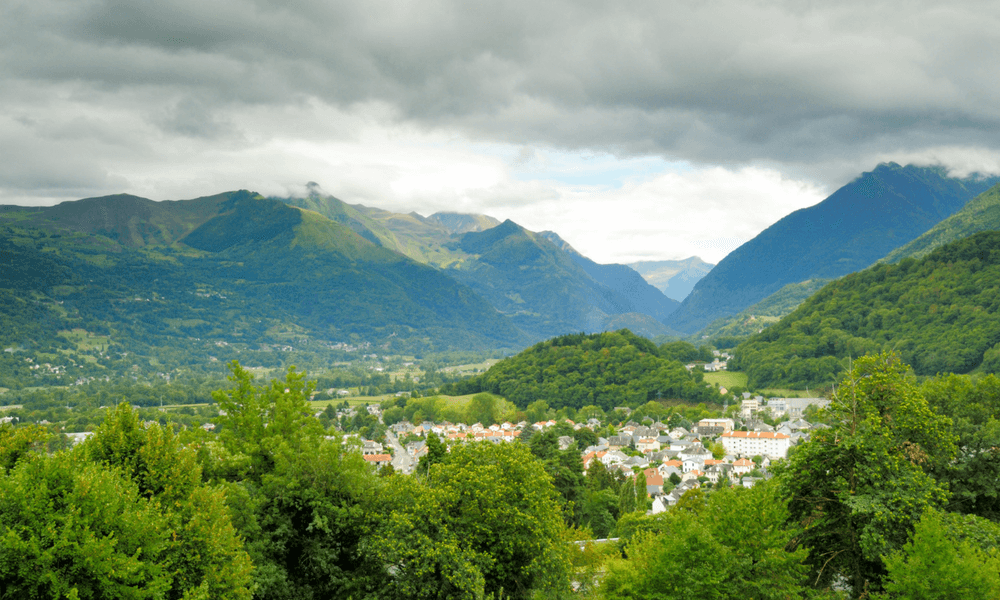 For those who do head across the channel, intent on taking in a spot of riding themselves, remember that if the pros can have accidents, so can everyone. Our Cycling Travel Insurance policy will protect not only your usual travel insurance needs such as lost baggage and cancellation, but you’ll also benefit from cover if you were to have a spill from your bike and require medical attention.