A 2015 study undertaken by the European Cycling Federation saw the UK ranked as only the 18th most cycling-friendly country in Europe. And while there is still a gargantuan amount to do for the UK to be challenging the likes of Denmark or The Netherlands for their biking crown, it appears that steps are being taken to improve the country’s offering for cyclists.

And although the Government’s plans to double the number of people cycling by 2025, may have taken a knock in recent months with reports suggesting the target will be missed by a long way, more and more improvements are being announced to address some of the UK’s cycling shortfalls.

Last year, Manchester’s Bee Network was revealed, a scheme backed from former Olympic cyclist Chris Boardman. The scheme is set to cost £28 million and stretch 75 miles across the UK’s third biggest city. In a doff-of-the-cap to the Dutch and their cycling-centric approach the network will see all routes segregated from traffic to improve the safety of the city’s riders.

Cycling safety has been an issue in the capital with a worryingly high number cyclists killed on London’s roads in recent years. The state of the cycling infrastructure in London is an ongoing debate with stakeholders continuously looking to improve the situation. 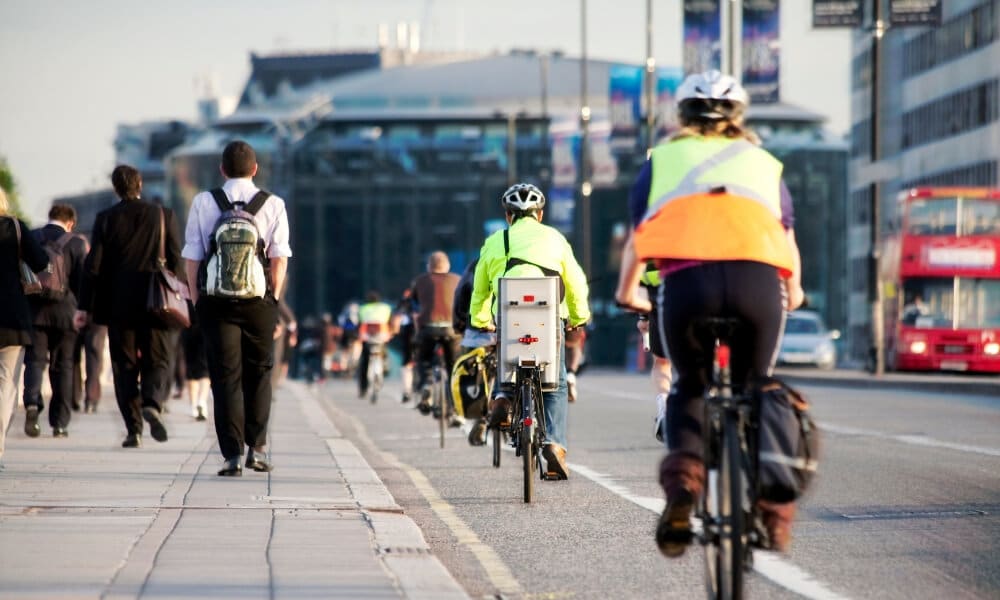 One recent suggestion has been to make use of some of the abandoned Tube stations dotted around the capital. Design firm, Gensler London unveiled its idea that could see a massive subterranean cycling network opened under the streets of London.

The idea looks to have been a well-received one, with the blueprint being named Best Conceptual Project at the London Planning Awards in January.

Other areas of the UK that have received good news about its cycling infrastructure in recent months were Scotland and Cornwall.

The former has seen the Scottish Government announce that funding for cycling routes and other projects will more than double from the £15 million budgeted in 2018, to £36 million in the year ahead.

This includes funding to drive forward with schemes to improve the facilities available for cyclists at many major railway stations across the country. There are also improvements planned to the ‘Bike & Go’ scheme which was launched in 2015, allowing railway commuters to hire a bike to complete the  final leg of their journey to work.

Meanwhile, Cornwall Council has earmarked an extra £19 million to improve the cycling and walking routes in the county.

Plans for a cycle-friendly way fare from the village of St Agnes to the city of Truro are afoot. There’s also plans to introduce better cycling paths between Perranporth and Newquay on the north Cornwall coast.

Not only will the continued improvement in the cycling infrastructure of the country be music to the ears of cyclists, it will also be encouraging to major stakeholders in the NHS.

Physical inactivity is said to cost the NHS a whopping £1 billion a year in treatments. A report in January suggested that by improving the cycling network, a saving of £319 million could be made by the health service by boosting public well-being.

If the government is to hit it’s targets in six years time, projects like the ones above will need to become common place in the next couple of years. A £5.69 million cash injection from Sport England in January will certainly help it’s cause as the UK continues it’s quest to follow the continental lead when it comes to cycling.