Heading out to explore the countryside is a thoroughly rewarding thing to any time of the year. However, put on your walking boots in the coldest months of the year and it can be extra special.

An excursion through some of the country’s best hiking routes during winter puts a whole new spin on what you can see.

Don’t let the thought of that Christmas dinner creep into your mind too soon, get out an enjoy these five spectacular winter walks and keep your fitness levels up into the new year. 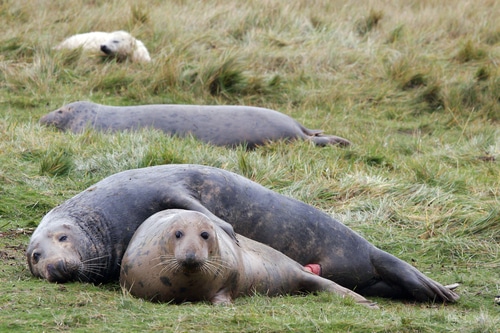 Winter is undoubtedly the best time to head to this area of the east of England. From early November onwards the Donna Nook National Nature Reserve is home to hundreds of seal pups (and their mums).

The walk through the reserve covers six miles, providing an extended stroll for anyone that fancies exploring the whole park.

Those up for the challenge will experience a mixture of rugged British coastline and untouched countryside, as well as the stars of the show themselves.

You might also catch a sight of a chinook helicopter leaving or arriving at nearby RAF Donna Nook.

That being said, the seals are the real draw in what is probably the UK’s most accessible locations to see these animals. 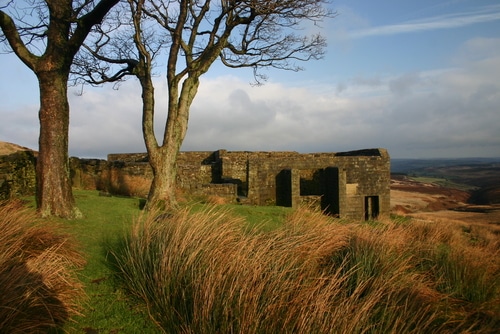 Those familiar with Emily Bronte’s Wuthering Heights might just get a sense of déjà vu if heading out to Top Withens. The abandoned farmhouse located on the Pennine Way is said to be the inspiration behind the Earnshaw family home.

Starting off at the nearby village of Haworth head across Bronte Bridge over the waterfall that also carries the author’s name before making the mile-and-a-quarter journey out to the ruined farmhouse.

Although the route is generally easygoing, do take care on the many uneven paths along the way. Making sure you know the way is also vital with it being easy to get lost in this part of the world.

The association may be mere speculation but a winter walk in Bronte country is well worth it. 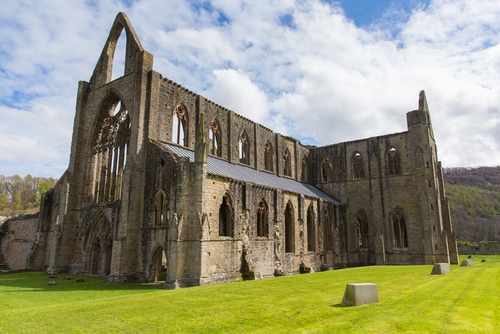 Following the path of the River Wye you can spend a short amount of time in both Wales and England along this walk.

Start of at the slightly haunting remains of Tintern Abbey, built in 1131, before letting the Wye guide the way into the village of Tintern.

Head across the river onto the English side before making the short climb to the Devil’s Pulpit, a narrow limestone pillar overlooking both the river and abbey.

Take in the spectacular views before doubling back and strolling up towards the village of Brockweir and finish off your winter walk in front of a roaring fire in one of the handful of pubs in the area.

…for those looking for isolation 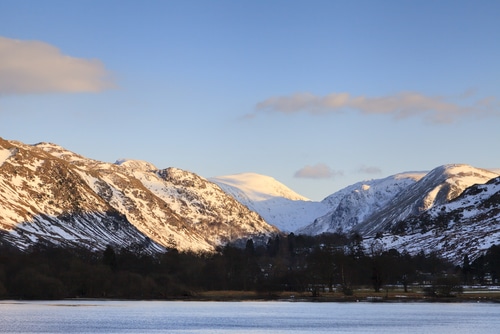 Little villages may dot the Monmouthshire countryside, but around the Lake District’s second largest body of water, there’s not much habitation.

Ullswater stretches nine miles across the splendor of Cumbria’s big attraction and there are no shortage of walks on offer.

Whether you simply follow the undulating path around the lake shore or head out into the wilderness it is really up to you.

The adventurous may want to include a climb of England’s third highest peak, Helvellyn, while other, less strenuous climbs, are available. With a light dusting of snow, the hills around here can look simply splendid in the winter.

…for those wanting a challenge 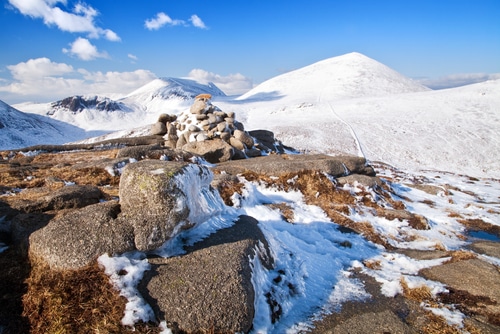 You are highly likely to encounter the white stuff if you opt to take on this walk in the months ahead.

Situated within the Mourne Mountains of County Down, Slieve Denard is the highest peak in Northern Ireland at 850 meters.

While not on the same level as the biggest peaks across the Irish Sea, it will provide even experienced walkers with something to think about.

If you do make it to the peak, not only will you be rewarded with views out to sea, but you also might come across the two Bronze Age burial chambers situated at the top.

This winter walk can be a real test, so as well as wrapping up warm, remember to take all necessary precautions before heading out.

Wherever your favoured winter walk, make sure you have sufficient Sports Accident Insurance. Our policy will cover you for things such personal injury, search and rescue as well as loss of earnings due to having to spend time off work through injury.