With the Tour de France rolling into Paris, the organisers, competitors and fans breathed a sigh of relief that, despite the COVID19 pandemic, a new winner was crowned on the Champs-Élysées. The next Grand Tour to take place is the Giro d’Italia (Tour of Italy), which starts later than usual, on 3rd October.

The Giro started in 1909 and usually takes place in May and into early June. However, due to COVID19, this year’s race has been moved to 3rd-25th October.

2020 is the 103rd edition of the race and will see riders start in the small town of Monreale on the island of Sicily and finish 23 days later in Milan, the capital city of the region Lombardy. The race was due to start in Budapest but had to be changed due to COVI19 restrictions. In total there are 21 stages made up of 3 individual time trials, 6 flat stages, 7 hilly stages, 5 mountain stages and all that with just 2 rest days! The competitors will ride just over 2172 miles in total, which is an average of 103 miles per day. 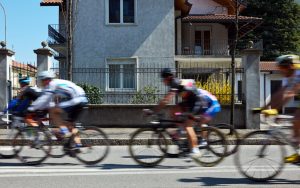 The Giro, like other stage races, is actually a series of races within a race.

Pink Jersey (maglia rosa) – Overall race leader/winner. The winner of the whole race is identified by the sum of time for all stages. Whoever finishes in the shortest cumulative time is the overall winner. This is also known as the General Classification or GC race. The long term sponsor of Giro d’Italia is the main Italian sports newspaper, ‘La Gazetta dello Sport’ and the jersey of the overall race leader is pink to match the colour of the newspaper.

Purple jersey (maglia ciclamino) – Sprinter’s jersey goes to the rider with the most sprint points.

Blue jersey (maglia azzurra) – King of the Mountains jersey goes to best racer of the hilly and mountain stages.

The winners of the mountain and sprint jerseys are not determined by adding up the time, but by collecting points for winning the stages and intermediate finishes in the stages.

Team prize (Trofeo Fast Team) – Decided by adding the time of the top three riders and the team with the lowest total time is the winner of the classification.

There are also the daily battles for the stage wins, which is awarded to the first over the stage finish line that day.

The race is likely to be decided in the latter stages. In the final week, stages 17, 18 and 20 all contain over 5,000 metres of climbing, with ascents including the infamous Stelvio (from the hardest side), and the Col d’Izoard. The final stage is a 16.5km individual time trial, which means that the riders will be battling for the pink jersey right up to the end in Milan. As we saw in this year’s Tour de France the leader’s jersey can change hands in the final time trial.

Who to look out for

There are 22 teams competing, with eight riders in each team. The start-list has yet to be released but most teams have released their longlists, or have publicly announced some of their key riders.

In the General Classification race, 2018 Tour de France winner, Geraint Thomas (Ineos Grenadiers) and Simon Yates (Mitchelton-Scott) are the British riders to watch. With some gruelling mountain stages and three individual time trials, the race is probably more likely to play to Thomas’ strengths but Yates is showing some good form and beat Thomas at the recent Tirreno-Adriatico. At the moment Thomas is the bookies favourite to win with Yates second.

The Giro is infamous for being very mountainous and when it is usually held in May, the riders sometimes have to ascend the snow-capped peaks of the Alps and Dolomites. This year is no exception with five stages being described as mountains and a further seven described as hilly! Mount Etna will make an appearance on stage two, where it will host the first mountain stage summit finish, 93 miles after the stage start in Enna. The famous hills of Emilia Romagna will feature in the hilly stage 12 which will cover 128miles and over 3,800 metres of climbing. The final part of the Giro is brutal: stages 17, 18 and 20 add up to in excess of 15,000 metres of climbing over the famous climbs of the Stelvio, Agnello and Izoard. These stages are where the GC racers will be trying to either defend or take the pink jersey but going too deep, especially on the penultimate day, could see riders damage their chances in the individual time trial the next day, which might be the deciding stage of the Tour.

This year’s race has three time-trial stages, which is quite a lot for a Grand Tours (there was only one in this year’s TdF). The first day sees a 15.1km TT from Monreale to Palermo, followed by a 34km TT on stage 14 from Conegliano to Valdobbiadene and the final day’s 16.5km TT from Cernusco sul Naviglio to Milan.

There is live TV coverage of the 2020 Giro d’Italia on Eurosport and S4C. There is also live streaming on Eurosport Player.

Helen is the current overall British Quadrathlon Champion and British Quadrathlon Trophy Series winner. She is also the current middle distance World Quadrathlon champion in her age group and the 2018 age group World Cup Series winner and sprint distance World Champion. Before turning to quadrathlon, Helen was age group World and European Duathlon champion and European Triathlon champion. In 2015 she was part of the One Day Ahead team, which raised £1m for Cure Leukaemia by riding the entire route of the Tour de France one day ahead of the pros. You can follow her on Twitter via @helengoth. 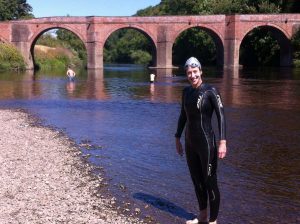