There is a plethora of reasons to visit Malaysia; great food, friendly locals, stunning beaches, the jungles of Sarwak and the bustling capital city Kuala Lumpur. Another draw for thousands of tourists every year is the array of top scuba diving locations on offer.

There are dozens of destinations located around the vast coastline of the south-east Asian nation, but we’ve picked out five to get you started, beginning with one that is seen as the holy grail for some scuba diving enthusiasts.

Regularly voted as one of the best scuba diving locations in the world, Sipadan is the place to start on our underwater Malaysian adventure. Home to an abundance of marine life, from hawksbill turtles, to whale sharks, rays and barracuda, the waters around the island will leave even the most seasoned diver aghast at what lurks beneath.

Located just off the north-east coast of Borneo, don’t expect to stay on Sipadan itself, as since 2005, the nearest diving resort has been on nearby Mabul island (also a great diving spot).

Such is the array of underwater delight on show at Sipadan, the area is strongly protected with the number of divers strictly limited per day. If a dive in these waters is on your agenda, it might be wise to secure a dive permit in advance. 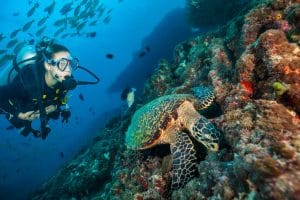 While Sipadan might get all the plaudits, take nothing away from the draw of this small island located between Redang and Perhentian. Offering up dozens of dive sites in the waters that surround it, Lang Tengah is somewhat of a hidden gem

Divers can look forward to encounters with turtles, leopard sharks and rays off the coast, in what is a diverse reef landscape.

There’s really something for everyone around Lang Tengah, with the island a great spot for a night dive in the shallow waters of House Reef, to the south-west of the island. Meanwhile in the far north, Karang Nibong Laut’s rocky underwater scene is a great spot for hunting out moray eels and bamboo sharks hidden under the stones. 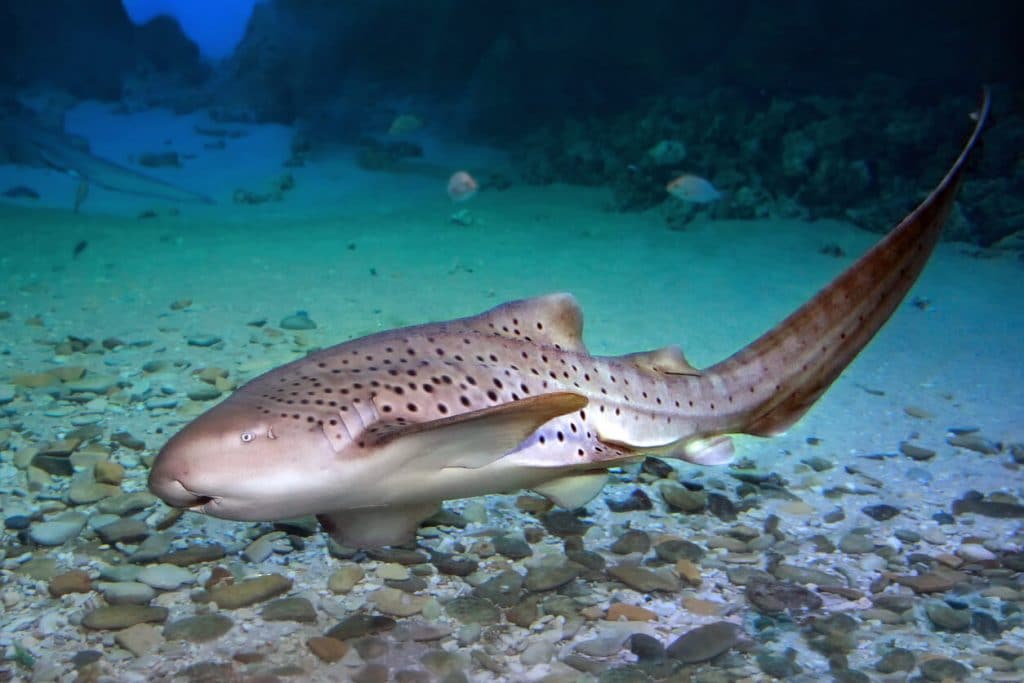 The underwater topography of the sea around Tioman Island make it one for the shortlist, with massive granite boulders and intriguing caves of some the local dive sites providing exciting swim-throughs with the possibility of spotting a plethora of marine life lurking in the shadows.

There’s nothing dark and shadowy about Tiger Reef, located to the north-west of the island, which provides an explosion of colour attracting a whole host of sea creatures, including whole shoals of mackerel and rainbow runners.

One big pull for basing yourself on Tioman Island are the idyllic white sand beaches and crystal-clear waters that surround it. Around a dozen resorts offer a place to stay on the island, while there are plenty of PADI dive centres to choose from too. 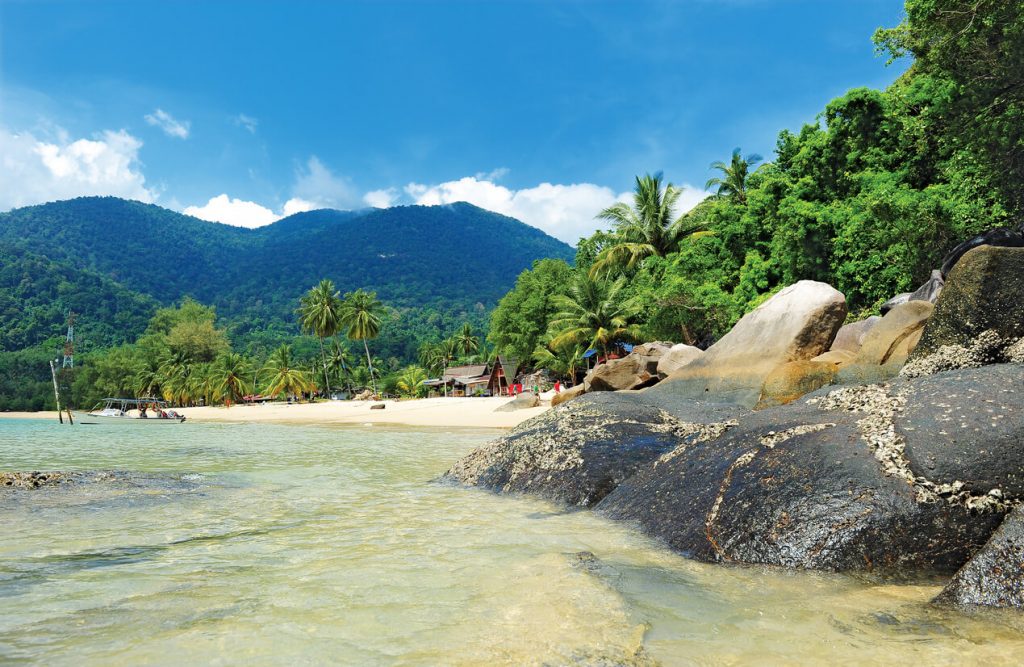 While the marine life will be the biggest pull for most scuba divers coming to Malaysia, the waters around the large city of Kuching provide a different allure.

Home to a number of Malaysia’s most famous shipwrecks, the sea off the north-west coast of the state of Sarawak swaps natural coral reefs for cargo and war ships as a diver’s underwater playground. The World War II wreck of the Japanese cargo ship Hiyoshi Maru has largely remained intact and has become an inviting reef system itself, since being sunk by a Dutch torpedo in 1941, attracting a range of marine life. 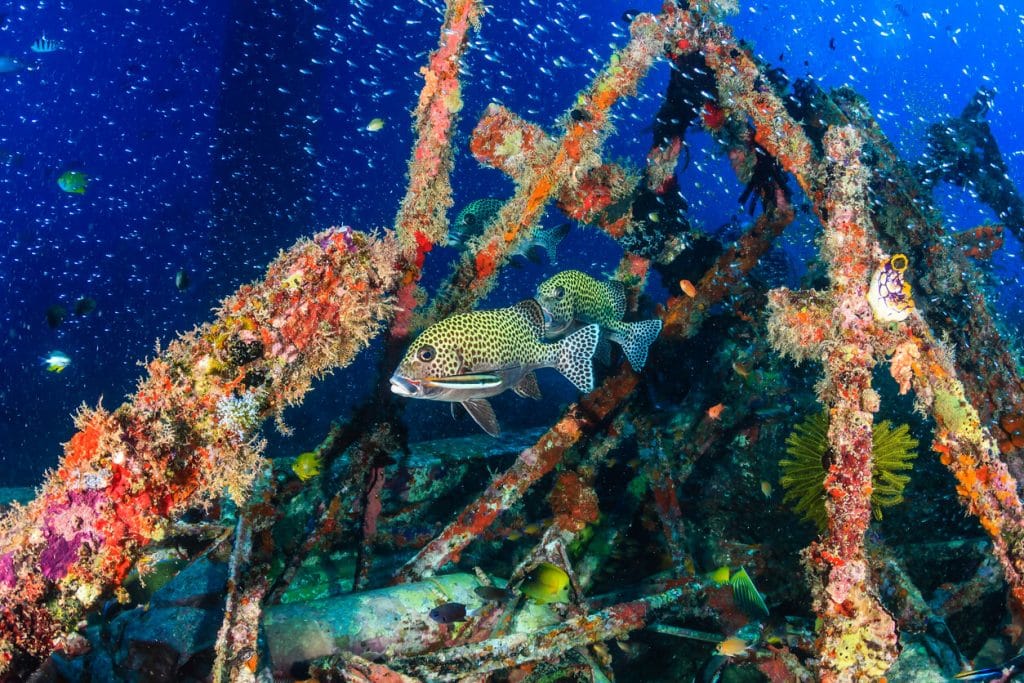 Described in many places as a “honeymooners paradise” the white sands of Mataking Island hide something even more spectacular in the waters just meters away.

The island offers up vertical wall dives which attract the likes of manta rays, hammerhead sharks and if you’re really lucky whale sharks, particularly on the north side of the island. Meanwhile, to the south, it’s the smaller, but no less impressive marine life that steal the show, with octopus, lion fish and eels commonplace in the warm waters.

Back on dry land, the sole place to stay on the island is the Reef Dive Resort, offering up accommodation for 70 lucky guests at a time. Not staying on the island? Mataking can be reached on day trips from a whole host of other nearby islands. 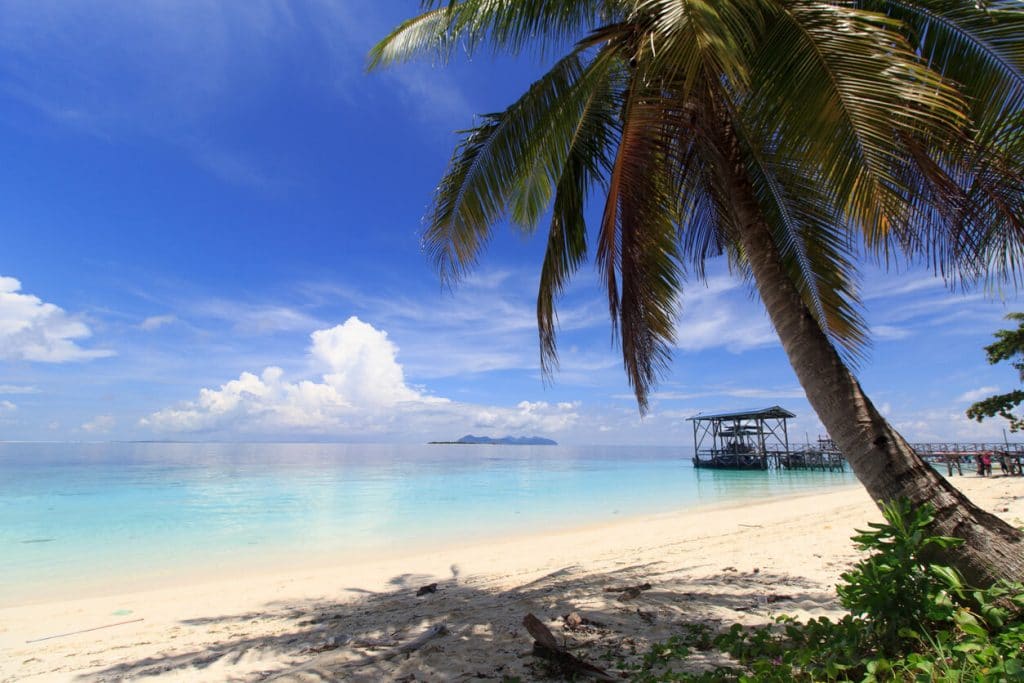 If you need more inspiration and want to scuba dive in other destinations, you can check out our 5 Most Amazing Scuba Destinations blog.